Lunit today announced that its AI solution for breast cancer, Lunit INSIGHT MMG, has been CE certified. The medical software has been certified on May 26th, making it now commercially available across the European Economic Area, including 27 member countries of the European Union, United Kingdom, as well as the European Free Trade Association.

The certified software, Lunit INSIGHT MMG, publicly introduced during the 2018 Radiological Society of North America (RSNA) annual meeting, analyzes mammography images with 97% accuracy, providing the location of lesions suspicious for breast cancer, and an abnormality score that reflects the probability of the existence of detected lesions. 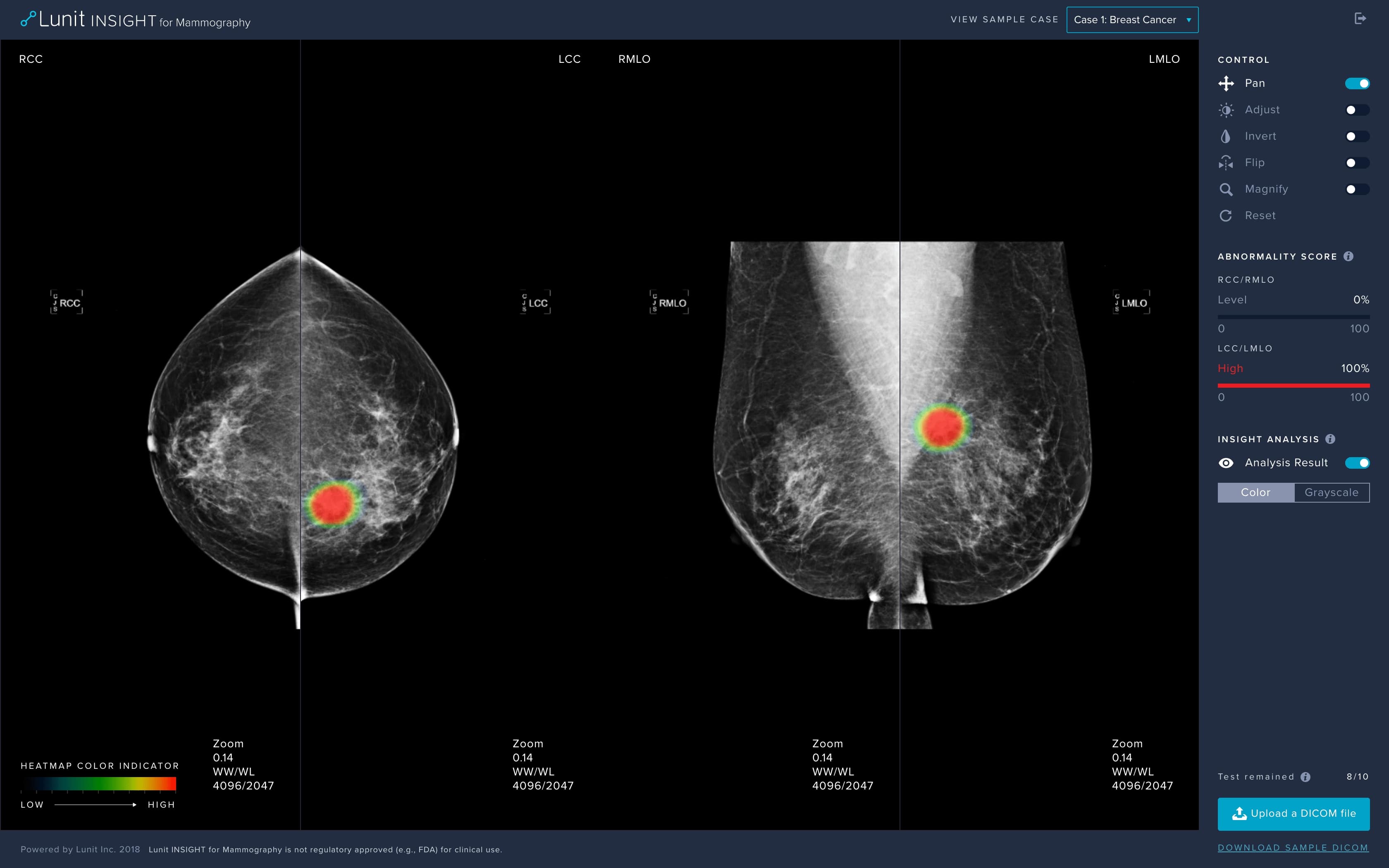 “Among the patients suspicious of breast cancer upon screening mammography, only 29% is actually diagnosed with cancer after a biopsy,” said Brandon Suh, CEO of Lunit. “I am delighted to introduce Lunit INSIGHT MMG, now CE certified, to healthcare professionals and institutions across the European continent. With our AI software, we would like to increase the effectiveness of mammography screening and reduce unnecessary biopsies.”

The study showed a significant improvement in the performance of radiologists, before and after using AI. According to the study, the AI alone showed 88.8% sensitivity in breast cancer detection, whereas radiologists alone showed 75.3%. When radiologists were aided by AI, the accuracy increased by 9.5% to 84.8%. 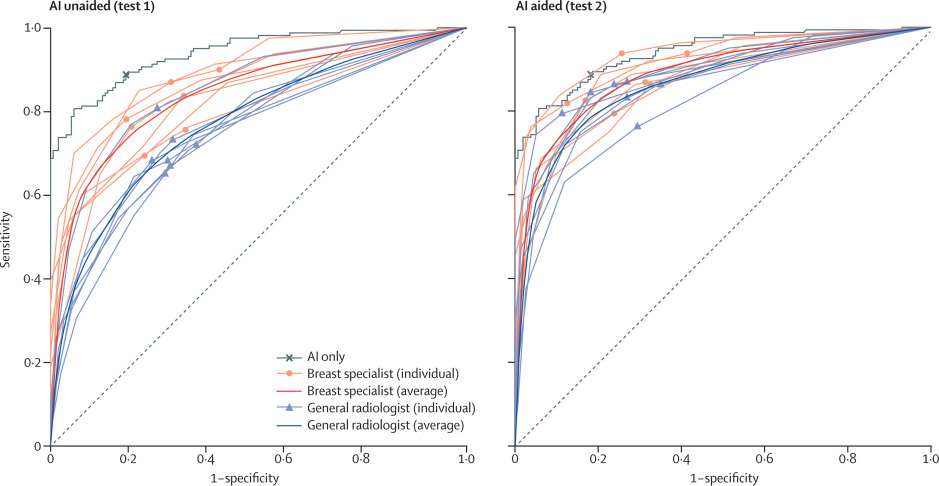 One of the major findings also showed that AI, in comparison to the radiologists, displayed better sensitivity in detecting cancer with mass (90% vs 78%) and distortion or asymmetry (90% vs 50%). The AI was better in the detection of T1 cancers, which is categorized as early-stage invasive cancer. AI detected 91% of T1 cancers and 87% of node-negative cancers, whereas the radiologist reader group detected 74% for both. The findings revealed that the diagnostic performance of AI was less affected by breast density, whereas radiologists’ performance was prone to density.

“AI can provide assistance in double-reading, which is recommended by the European guidelines,” said Minhong Jang, Chief Business Officer at Lunit. “When applied to the screening environment in Europe, Lunit INSIGHT MMG is expected to relieve the pressure of double-reading while increasing interpretation accuracy of mammography images.”

In late last year, Lunit had received a CE mark for its AI solution for chest x-ray, Lunit INSIGHT CXR. According to the company, the software had commercially analyzed more than 1,000,000 chest x-ray images since the regulatory clearances. It is currently being clinically used or tested in Portugal, Italy, France, Mexico, UAE, Thailand, South Korea, and more.