When used as a second reader, the AI algorithm may help detect lung cancer 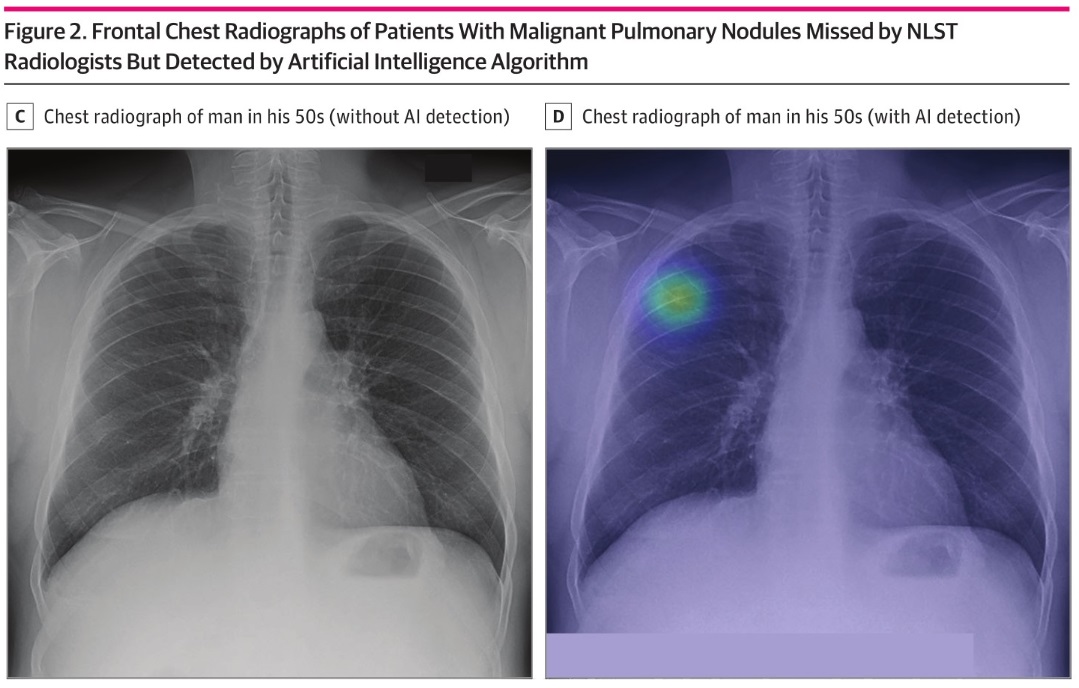 According to this diagnostic study, the sensitivity and specificity of the AI algorithm for finding malignant pulmonary nodules were 94% and 83%, respectively. It even had a higher sensitivity compared to NLST radiologists, implementing its possibility to help detect lung cancer when used as a second reader.

“Low-dose CT is recommended for lung cancer screening because the detection of chest radiographs is challenging for radiologists due to its projectional nature of radiography,” explained Subba Digumarthy, the senior author of the study and an attending thoracic radiologist at MGH. “However, compared with chest radiography, CT is less accessible and more expensive, exposing patients to a higher dose of radiation. This study shows that AI can provide diagnostic value to more patients by supplementing the shortcomings and maintaining the advantages of x-ray diagnosis.”

“Through this first collaboration with the MGH research team, we are happy to validate the generalizability and accuracy of our AI approach based on NLST data,” said Brandon Suh, CEO of Lunit. “It is a meaningful study to show Lunit INSIGHT CXR can be utilized to diagnose cancer-related nodules and detect lung cancer in earlier stages.”

Lunit Insight CXR analyzes more than 3 million images in more than 80 countries, and has an accuracy of 97 to 99% in detecting 10 major chest diseases such as lung nodules and pneumothorax. It is CE marked and clinically available in Europe.