The CE mark enables the company to provide the AI solution to European healthcare institutions that conduct chest x-ray screenings, which is a widely-used method of basic imaging tests. According to the company, Lunit INSIGHT CXR is designed to help increase accuracy to detect more findings and alleviate the burden of radiologists who conduct routine chest x-ray interpretations.

“We are delighted to announce that one of our most mature products, Lunit INSIGHT CXR, has won CE marking,” said Brandon Suh, MD, CEO of Lunit. “We look forward to installations among hospitals across Europe, where an improvement in healthcare services in the region can greatly impact many people’s lives.” 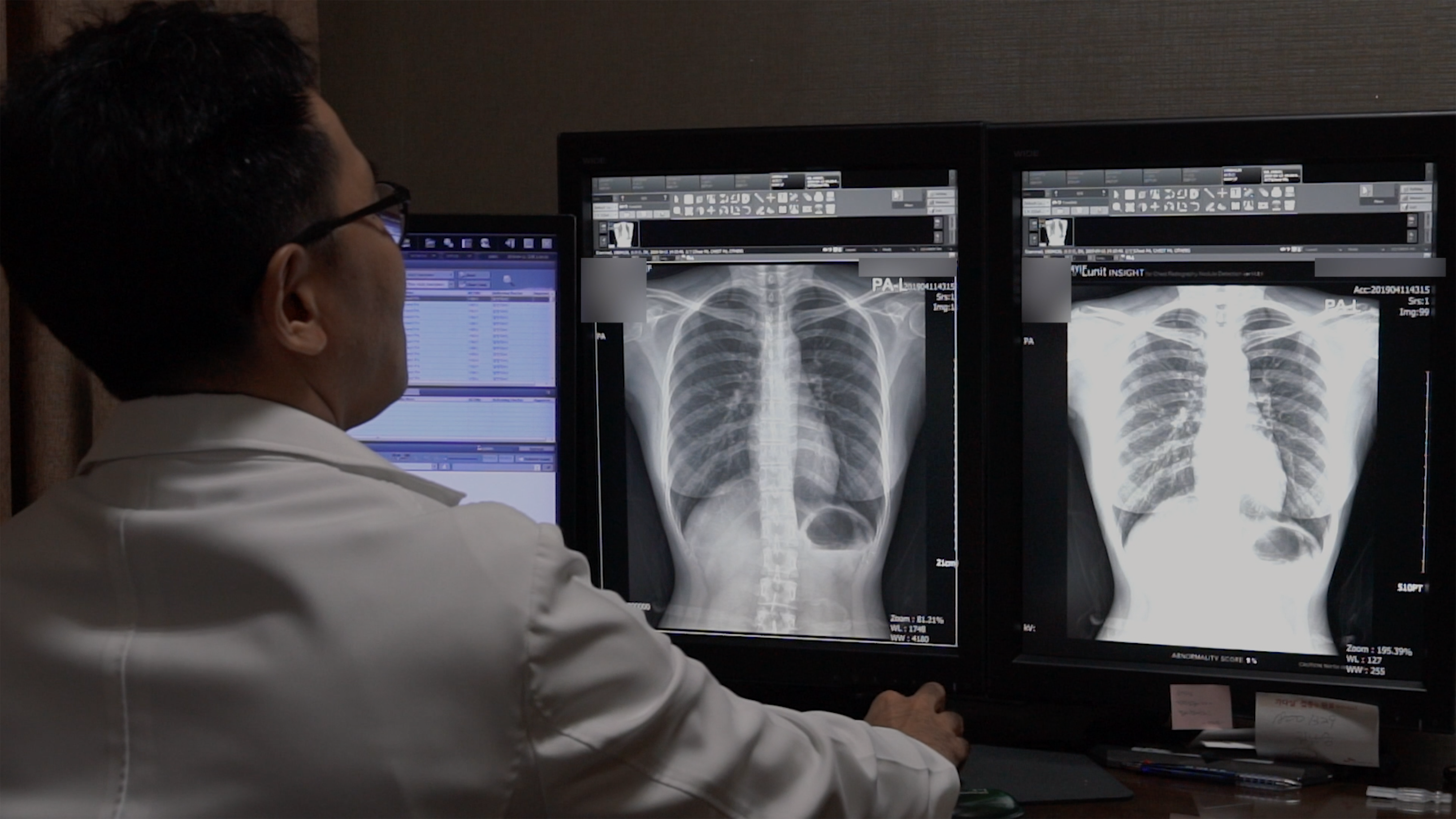 Download
A radiologist conducts an interpretation of a chest x-ray image with Lunit INSIGHT CXR analysis.

The AI analysis results are presented on the chest x-ray image, providing the location information and the abnormality score, which reflects the probability of the existence of the detected findings. The software also generates case reports that summarize the evaluation for each case, conducted by the AI.

According to Lunit, the software has been highlighted recently in major publications such as Radiology, Scientific Reports, JAMA Open Network, and Clinical Infectious Diseases. The publications validate the performance of Lunit INSIGHT CXR as well as its clinical value in an emergency department and TB screening setting.

“Lunit INSIGHT CXR has been evolving ever since its first introduction at RSNA 2017,” said Sunggyun Park, PhD, Head of Chest Radiology at Lunit. “According to our reader study published in Radiology, our product can greatly improve reader performance by 20% at the highest. It can support radiologists to gain efficiency in the day to day workflow.”

The product is currently clinically installed for use in Mexico, UAE, China, Thailand, and Korea.

More than 2.3 million images from over 80 countries have been analyzed through a public demo of the software since its launch two years ago. The demo is publicly available at https://insight.lunit.io as pictured below. 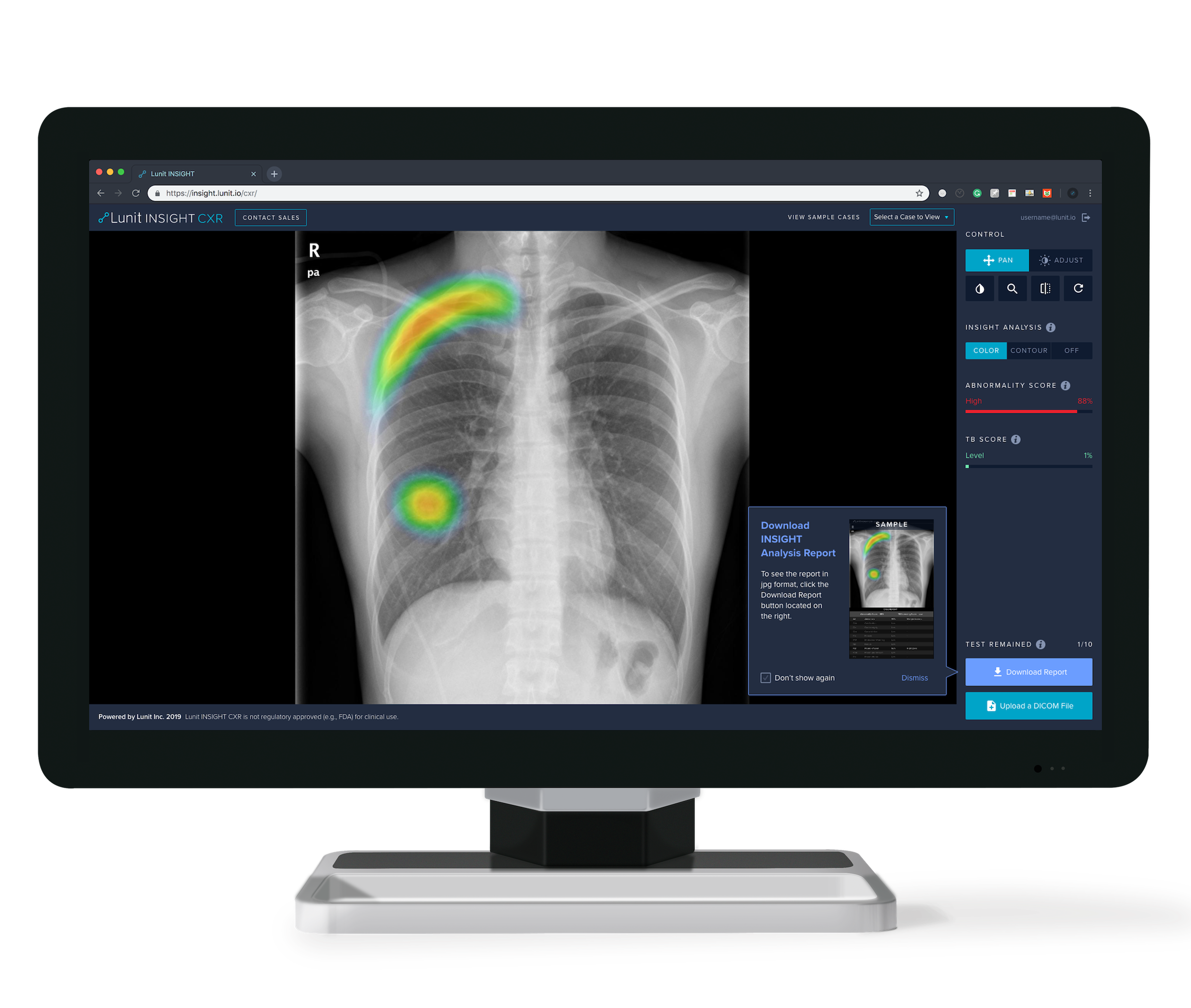 Lunit INSIGHT CXR will be presented at RSNA 2019, scheduled to be held on 1-5 December, at Chicago. Lunit booth will be located in AI Showcase, booth #10732. The demo will be also available at partner booths: FUJIFILM REiLi, GE Healthcare and INFINITT.

Lunit is a medical AI software company devoted to developing advanced medical image analytics and novel imaging biomarkers via cutting-edge deep learning technology. Founded in 2013, Lunit has been internationally acknowledged for its advanced, state-of-the-art technology and its application in medical images with high accuracy and efficiency. Lunit’s AI solution for chest x-ray and mammography, Lunit INSIGHT, is currently in use at different locations around the world—Mexico, UAE, China, Thailand, and Korea. Lunit is based in Seoul, South Korea.