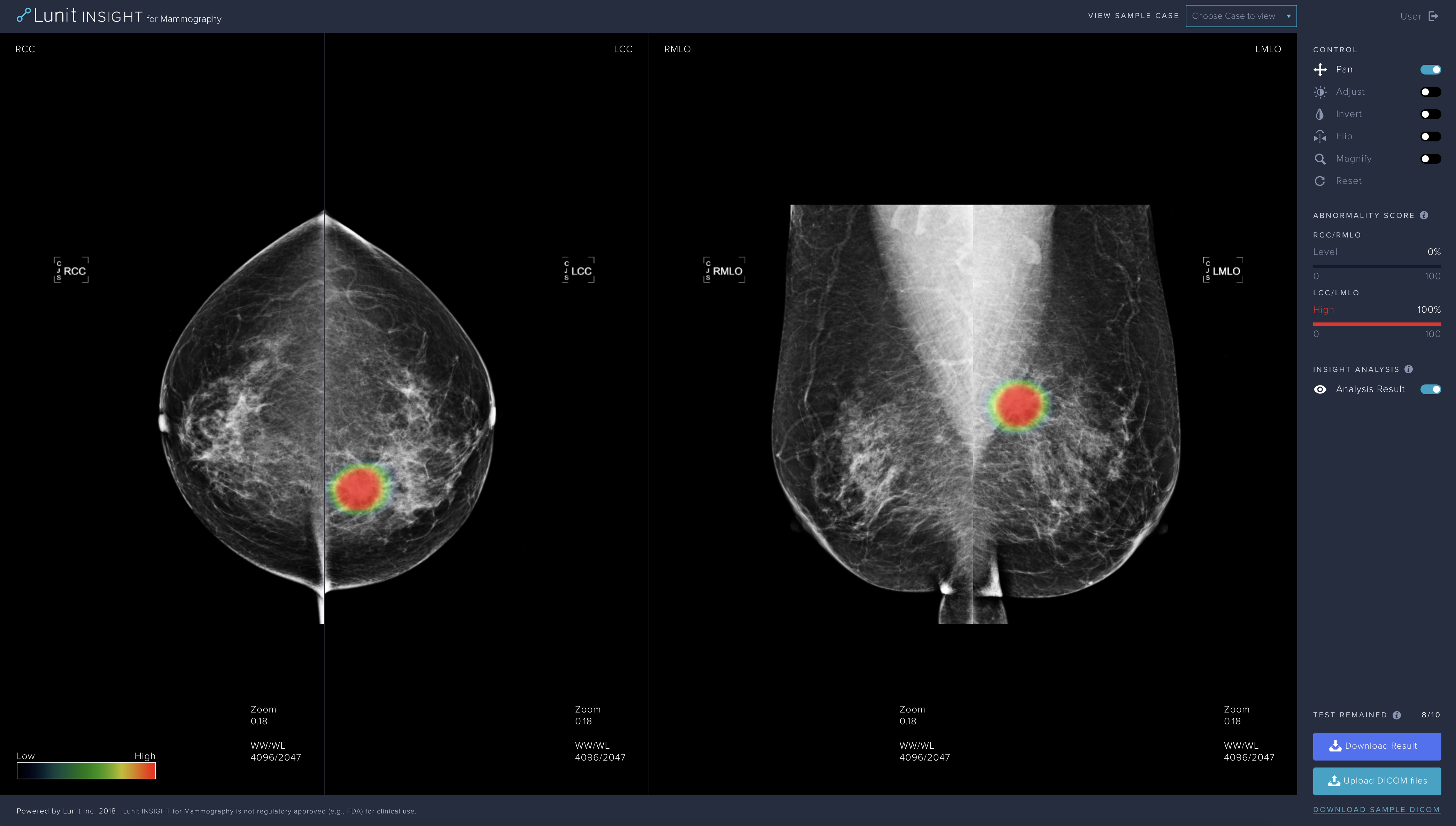 The software analyzes mammography images, with an indication of the location of lesions suspicious for breast cancer and an abnormality score of the detected lesion.

“With AI, we would like to increase the effectiveness of mammography screening and reduce unnecessary biopsies,” added Suh. “Lunit INSIGHT will improve the diagnosis accuracy of radiologists and decrease unnecessary recalls.”

According to the company, the algorithm is designed to assist prompt and accurate diagnosis of physicians, by showing only malignant lesion and automatically ignoring benign lesion. It has been trained with over 200,000 mammography cases, which includes 50,000 breast cancer cases.

“High false positive rate has been a major problem of CAD (Computer Aided Detection) software,” said Hyo-Eun Kim, Head of Breast Radiology at Lunit. “To overcome this problem, our software has been developed to distinguish benign and malignant lesion with high accuracy. The MFDS clinical trials had shown that Lunit INSIGHT MMG can significantly improve the diagnostic accuracy of radiologists.”

Lunit provides an online demo (https://insight.lunit.io) for users to test the performance of its software. “Anyone can try using our algorithm through this website,” said Minhong Jang, CBO of Lunit. “With Lunit INSIGHT MMG, breast cancer can be diagnosed earlier. It will also reduce the burden of patients due to unnecessary additional tests.”

The company had previously received MFDS clearance last year in August for its AI solution for chest x-ray. The software is currently being used at multiple hospitals and medical examination centers throughout the country, including Seoul National University Hospital.